The outer door to the office had a problem: sometimes, it wouldn’t lock properly. It’s one of those doors that has a mechanical automatic closure system, but the system was worn down and would sometimes not close and properly lock the door. The result, a security risk: a distracted employee could leave the office and forget the door unlocked.

To mitigate this issue, I decided to build a small, simple DIY door alarm, that would alert employees when the office door had been left open for a prolonged period of time. This was the perfect practical project as an introduction to digital electronics and Arduino for @epplkrs, a graphical designer who wanted to learn about Arduino. She did most of the prototyping, soldering and product design and built her first real Arduino product.

Build a small door sensor that would start beeping when the door is open for too long.

Considering the requirements, we settled on the following design:

We started with a breadboard prototype: Arduino hooked up to a sensor, a LED and a buzzer. 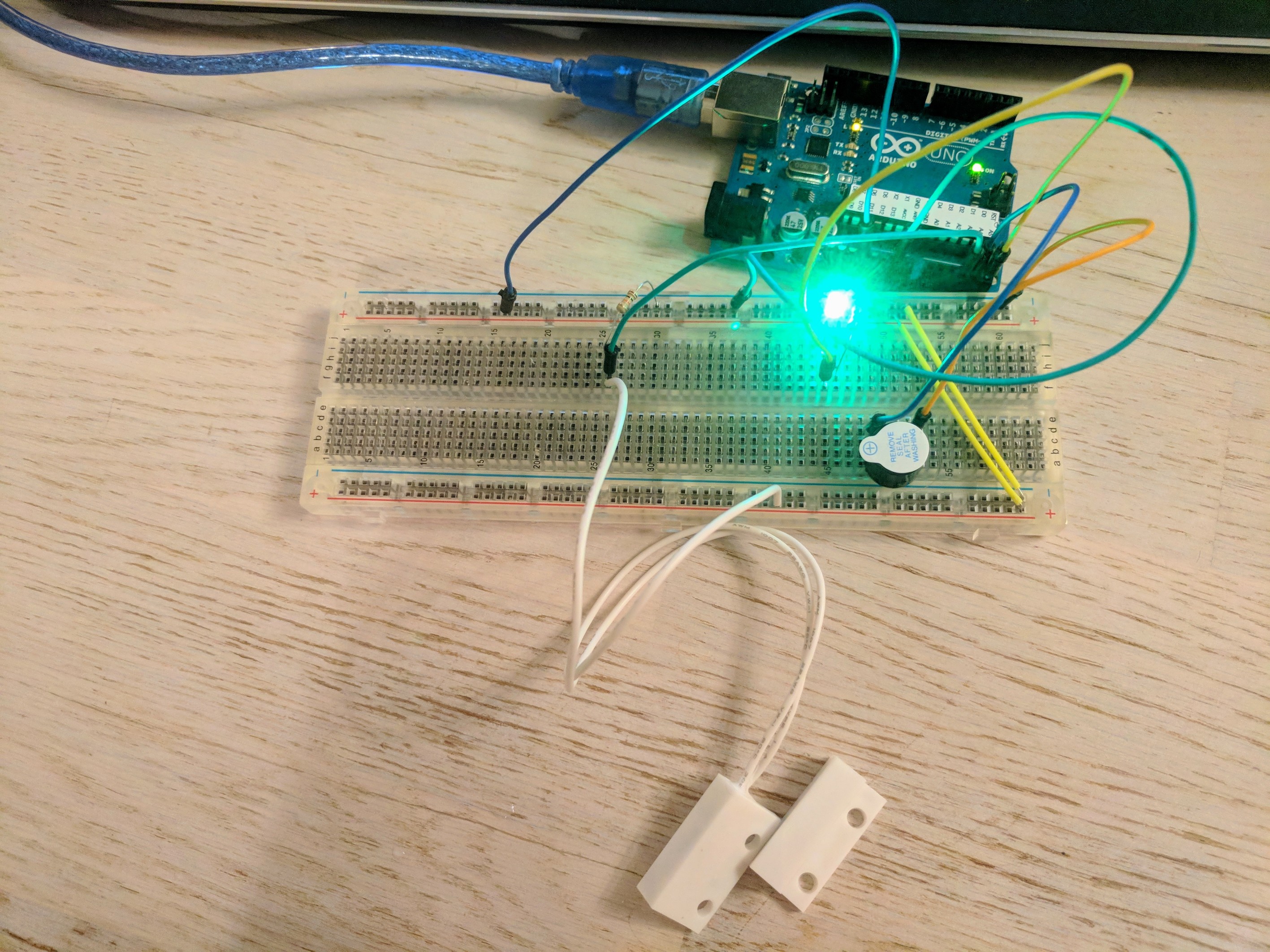 This enabled us to write and test the Arduino firmware. With the code properly reading sensors and activating the buzzer, came the time for physical assembly: The project needed to come off the breadboard and into a permanent, fixed PCB.

The Atmega328 chip was attached to an empty PCB, with all the required I/O devices and connectors soldered onto it. 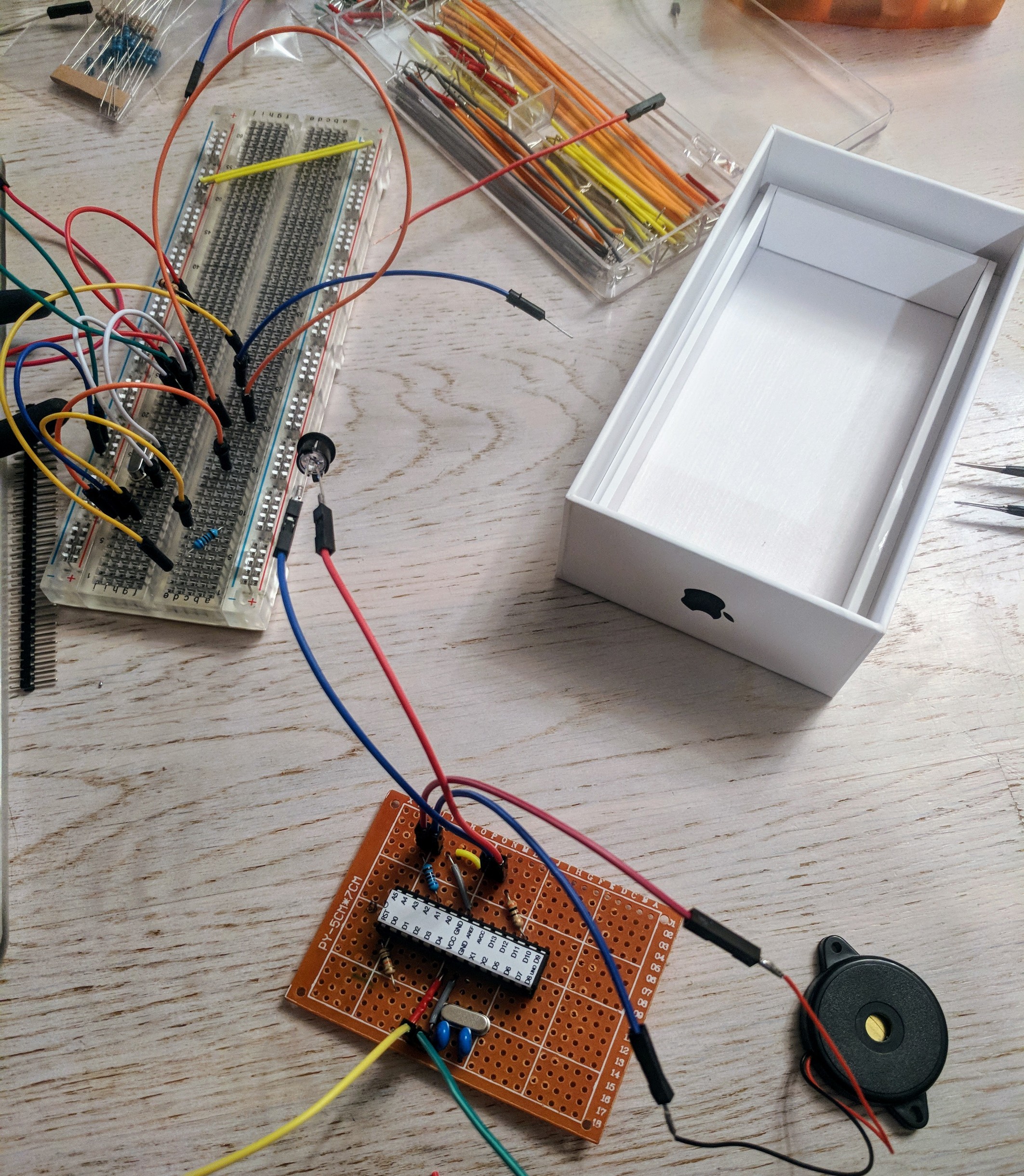 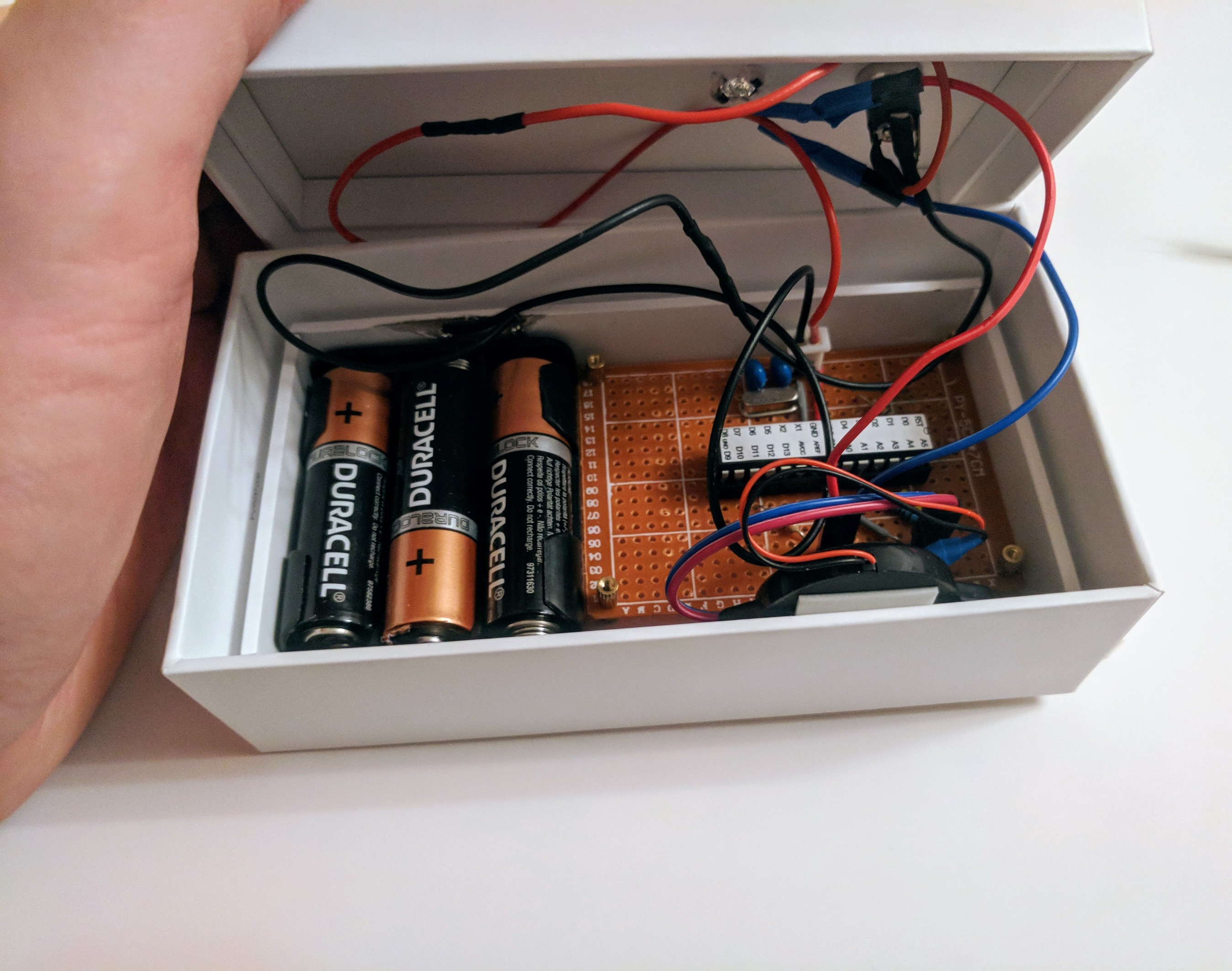 We used an Apple Mouse box as the project enclosure. As a result, the completed project was elegantly White. 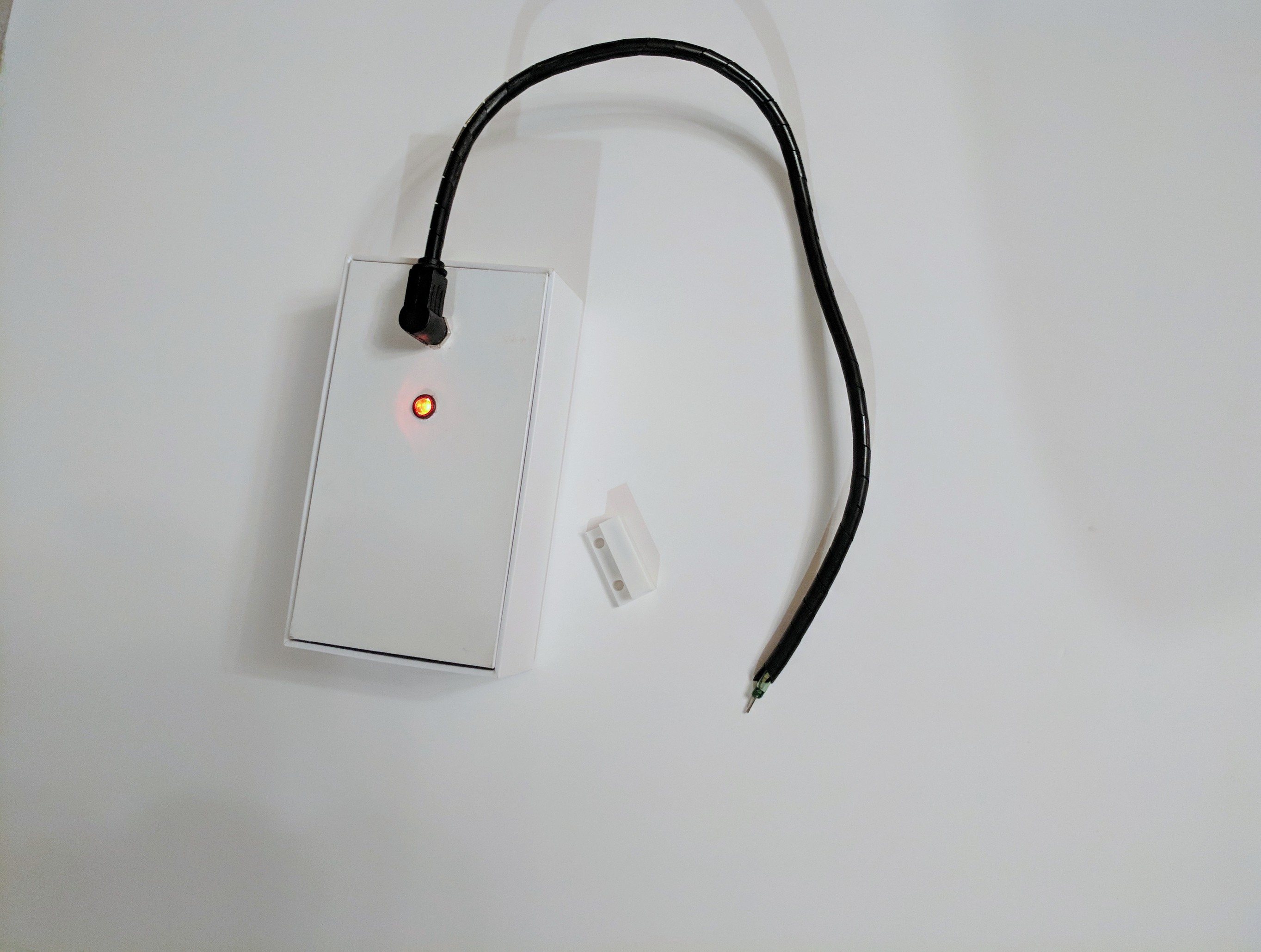 Double-sided tape to the back of the box keeps the project on a wall. 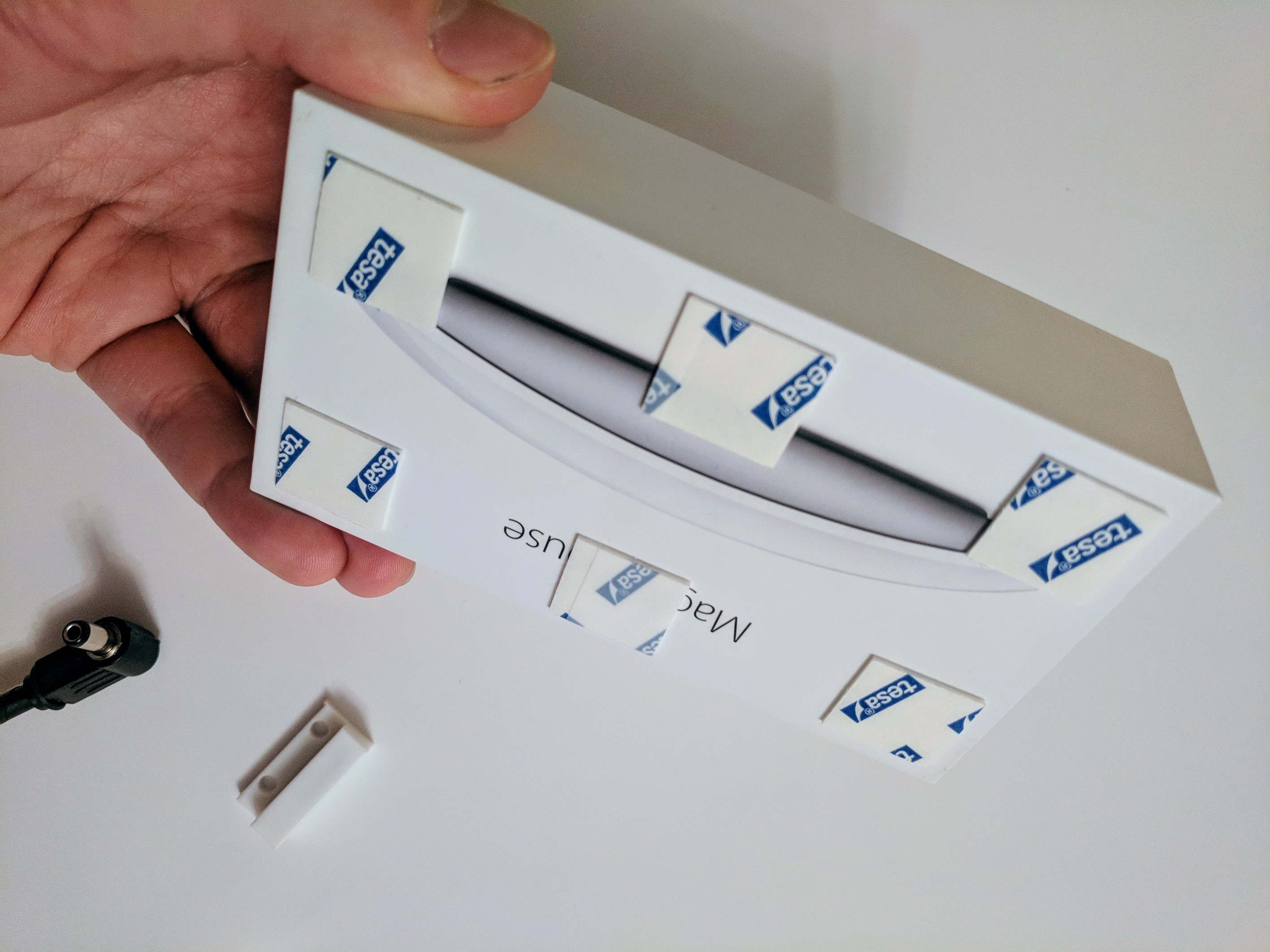 We installed the project to the problematic door; and it works: when the door is opened, the project powers ON, waits for 30 seconds and will then start BEEPING, alerting the office: the door was left open again. 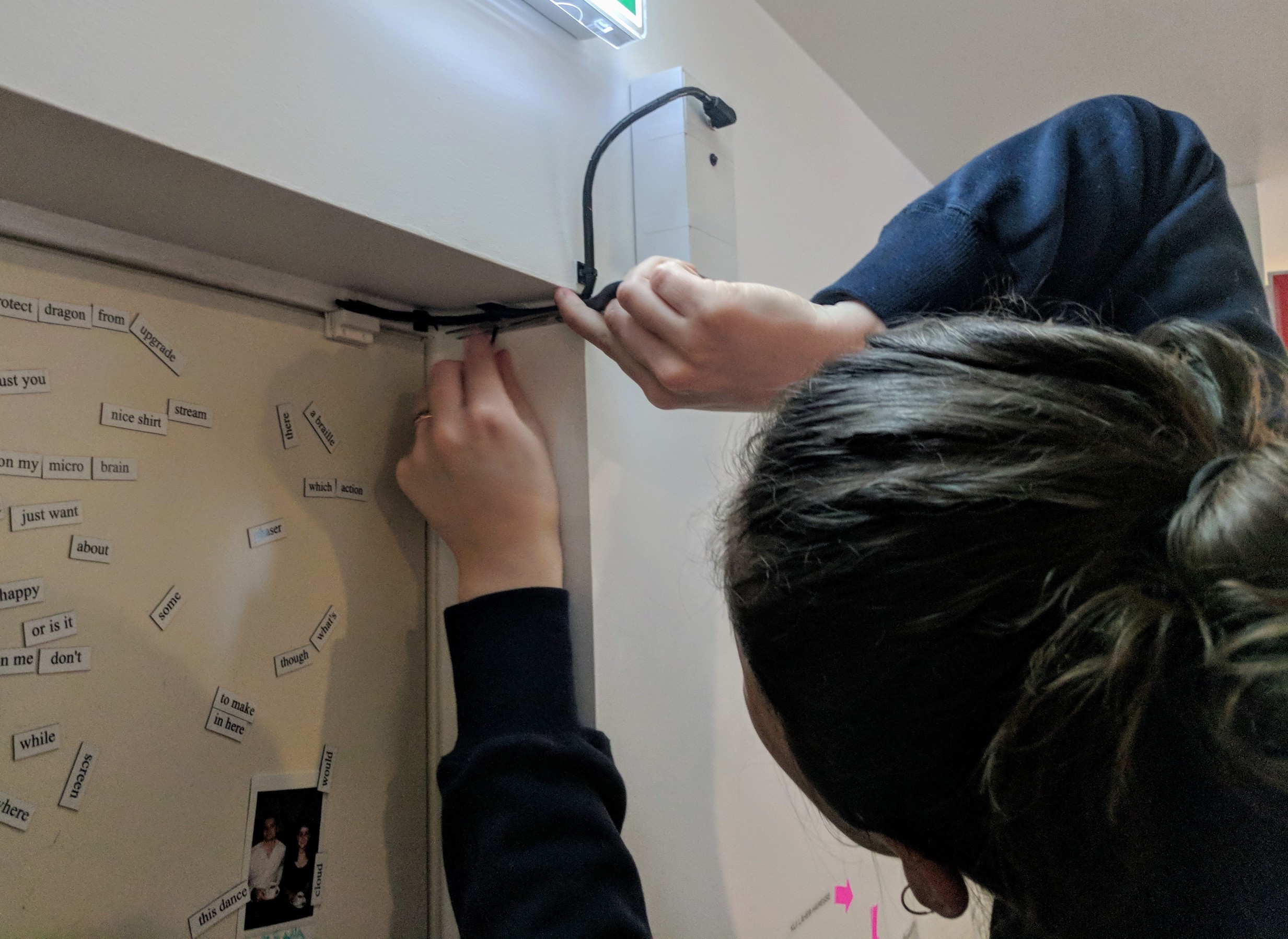 Project schematics and source code are available from Github under the MIT license.