Bzzzzzzzzz!, you hear and feel your desk vibrating. Is someone calling? No, the phone is silent. Weird. Ten minutes later, it happens again… and again. Most strange! Now it’s slightly alarming and creepy: what’s happening?! 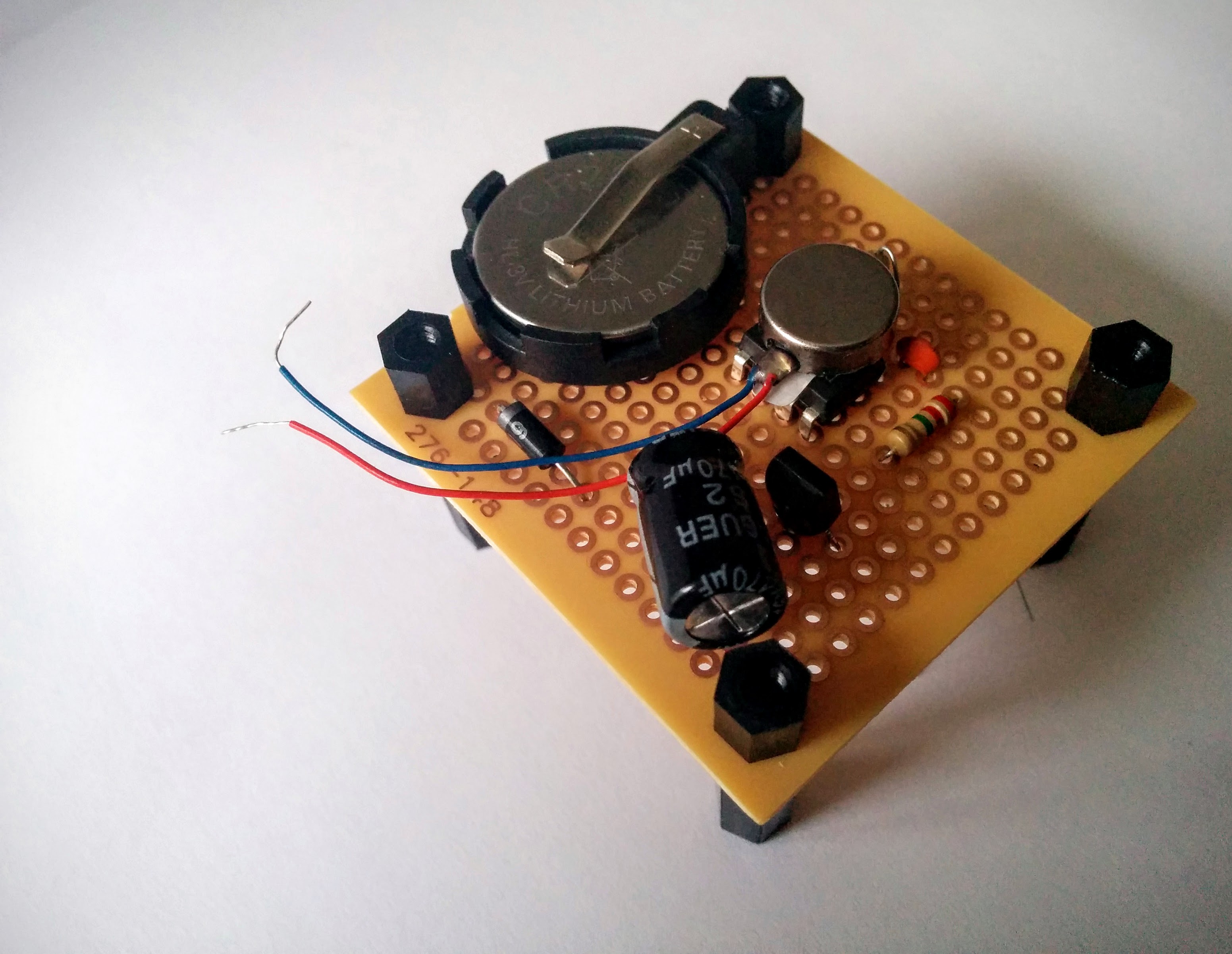 I built this over the weekend and deployed it on Monday as a practical joke: me and @valdna_wm sneaked into the office early, located our target (@jonnapechter) and I taped the device under her table while @valdna_wm kept watch. She discovered it a couple of hours later. There was a cake on my table the next Monday. 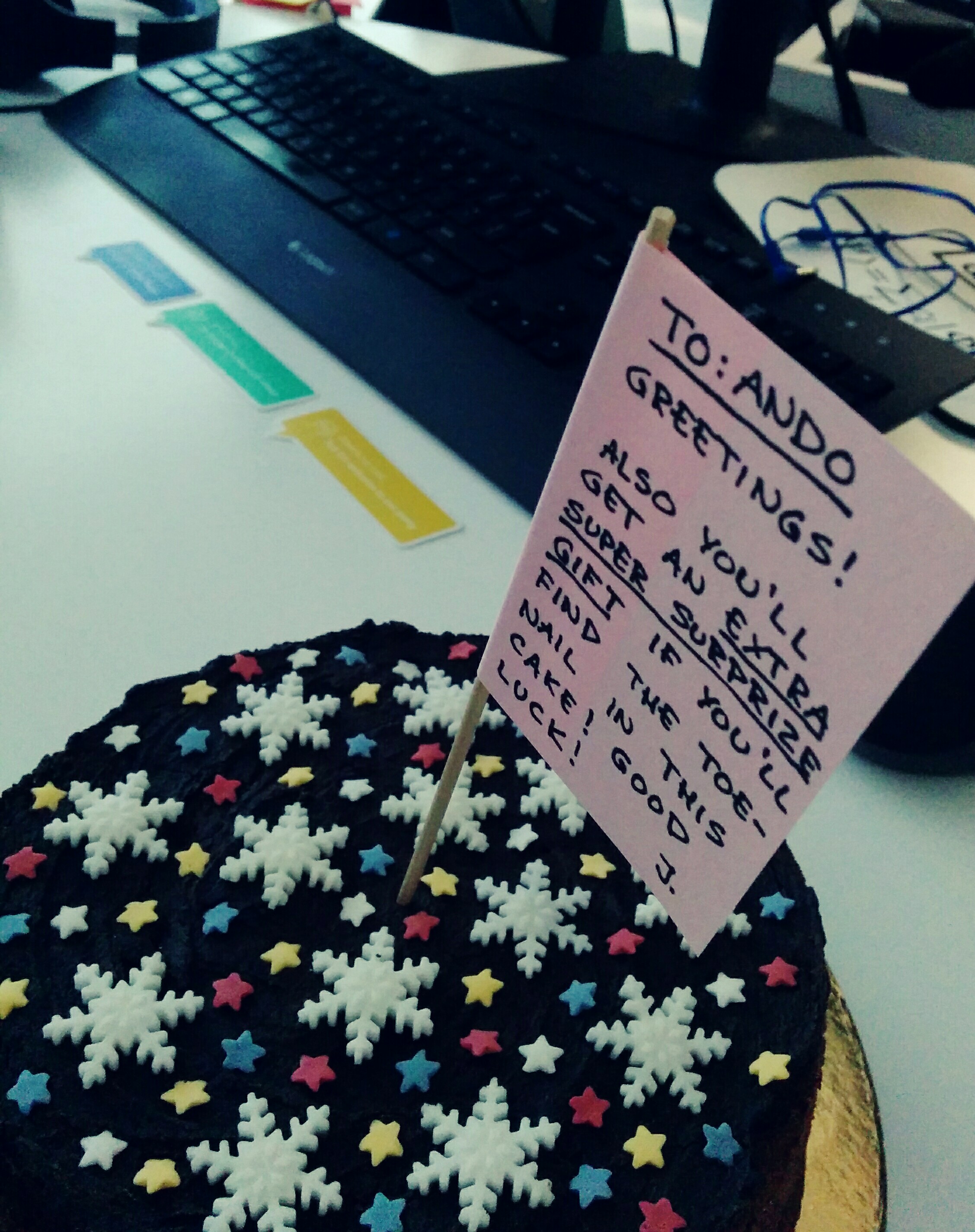 The project is an analog circuit - no programmable microcontroller is used. A 555 timer is used in astable mode, powered by a coin-cell battery, with the output pin connected to a vibration motor.

With those numbers, I estimate battery life to…

I chose resistors and a capacitor to achieve 12min / 3sec timings. The soldiering introduced electrical errors, the final result was… 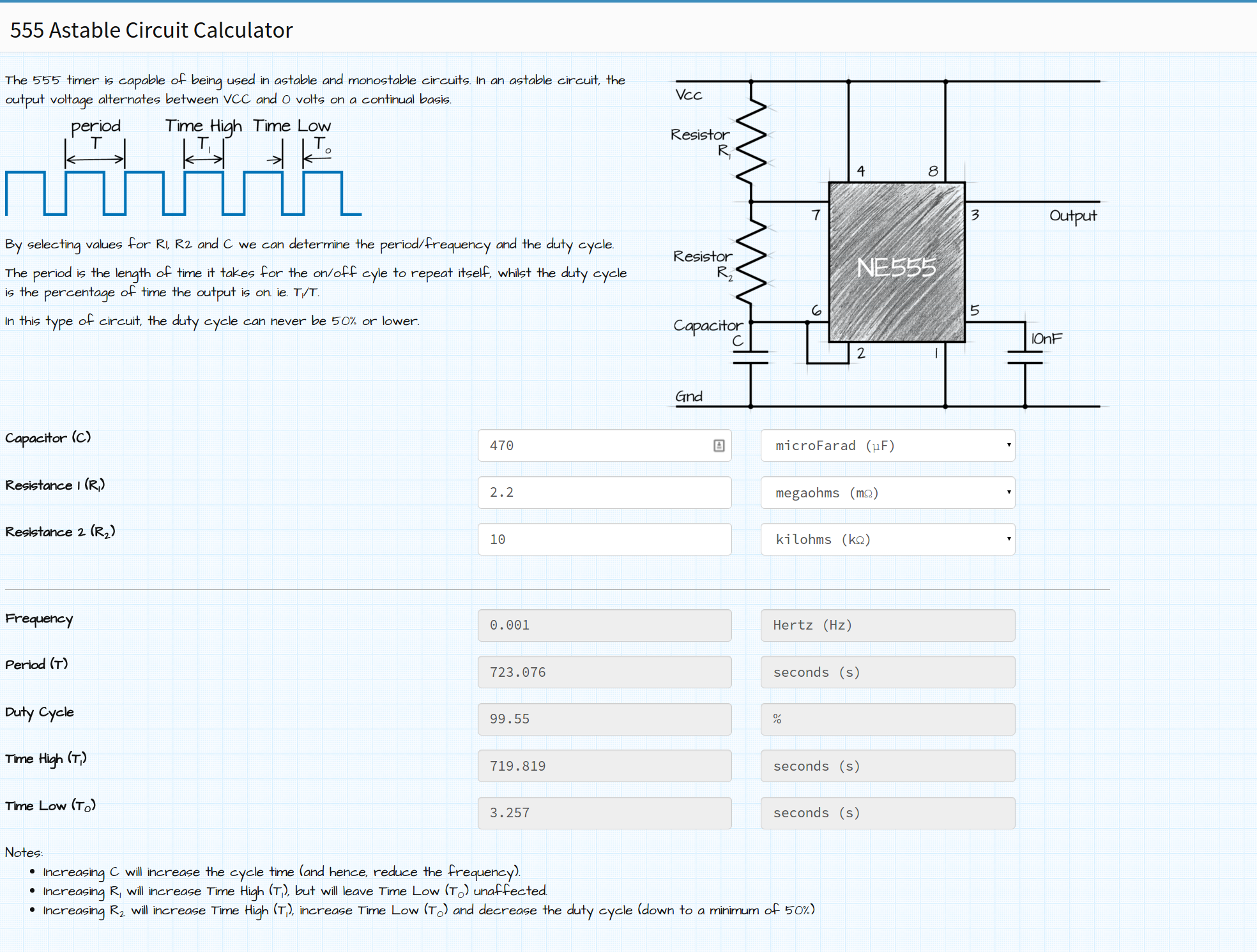 Photos From The Build 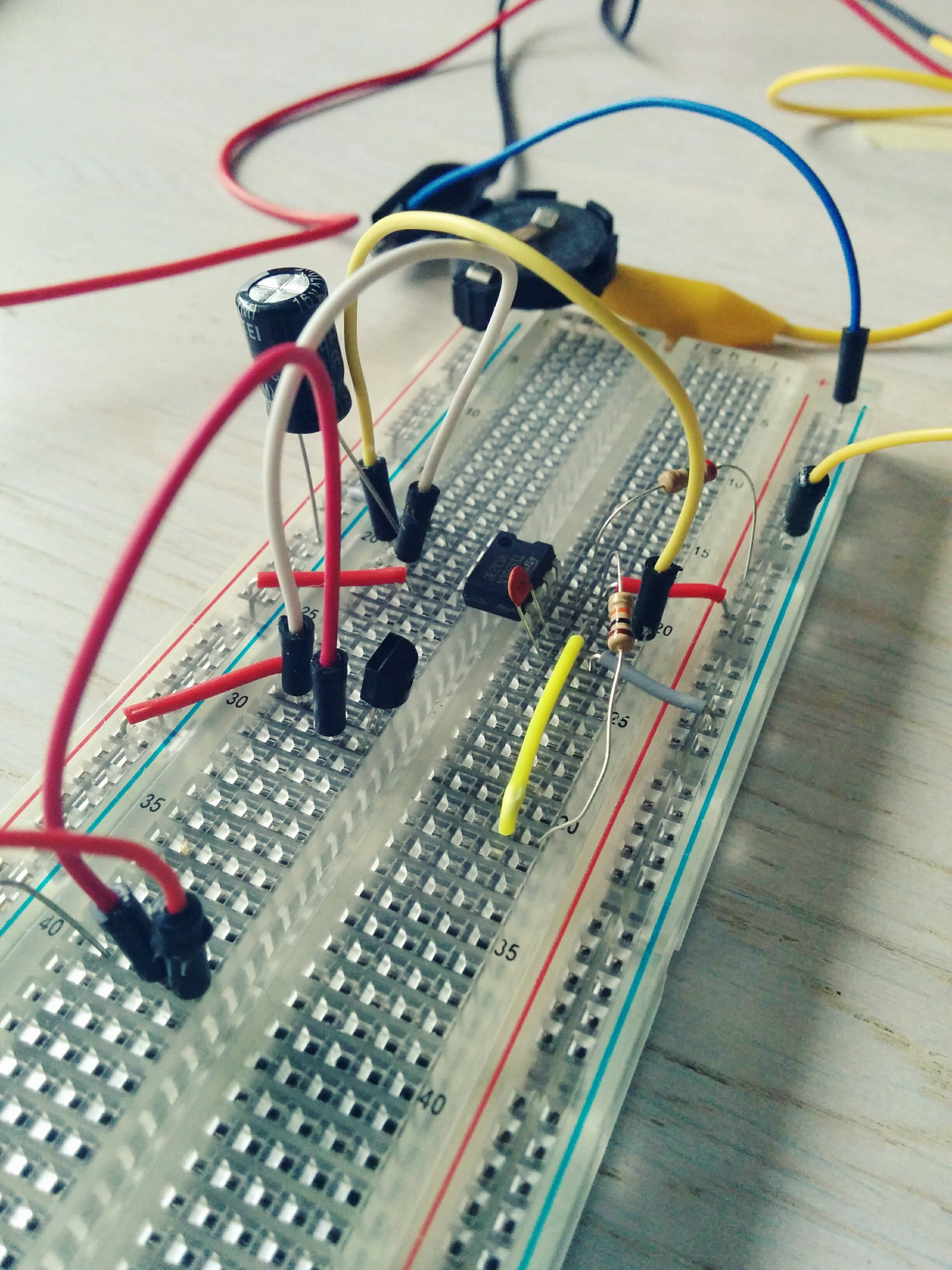 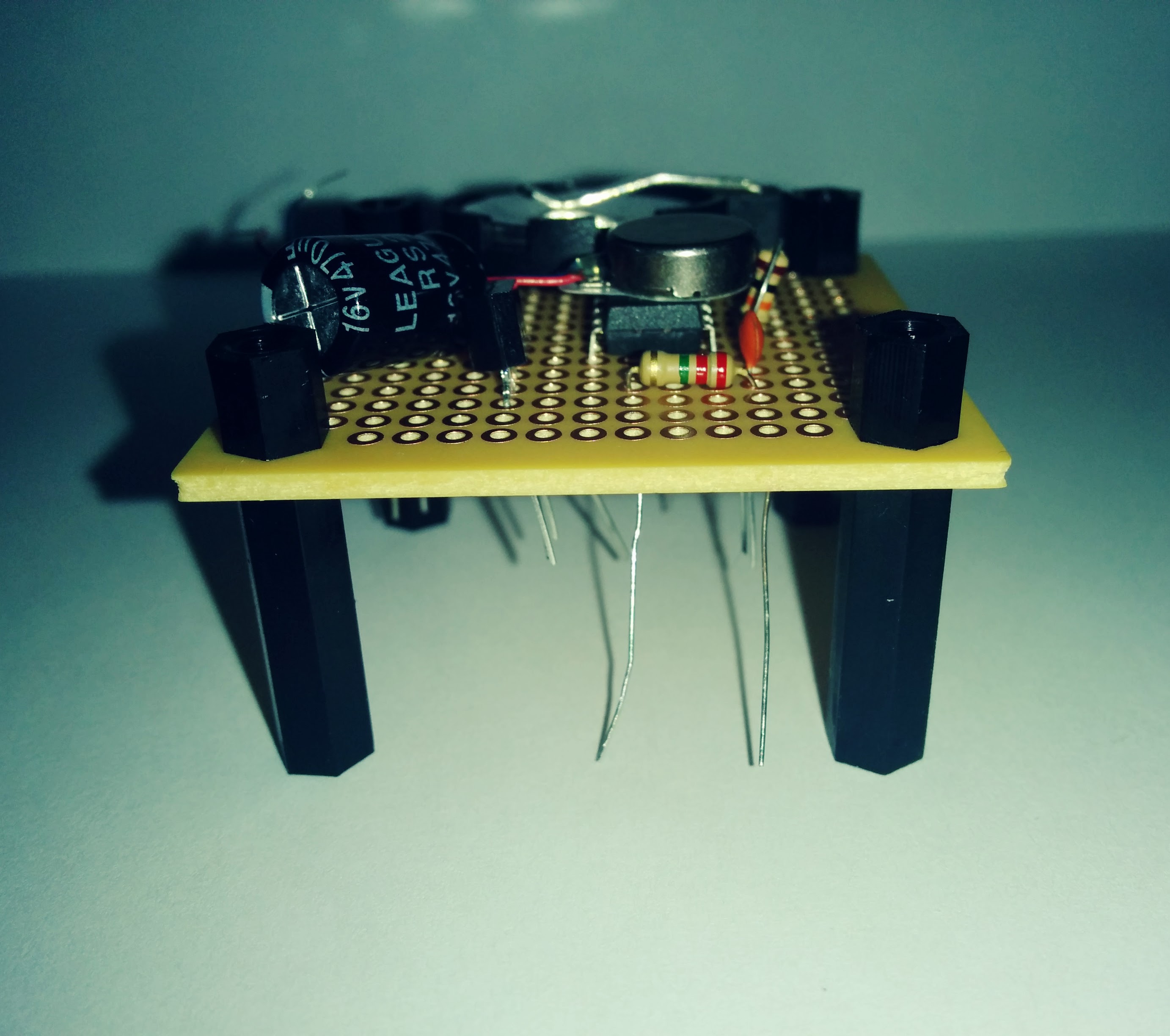 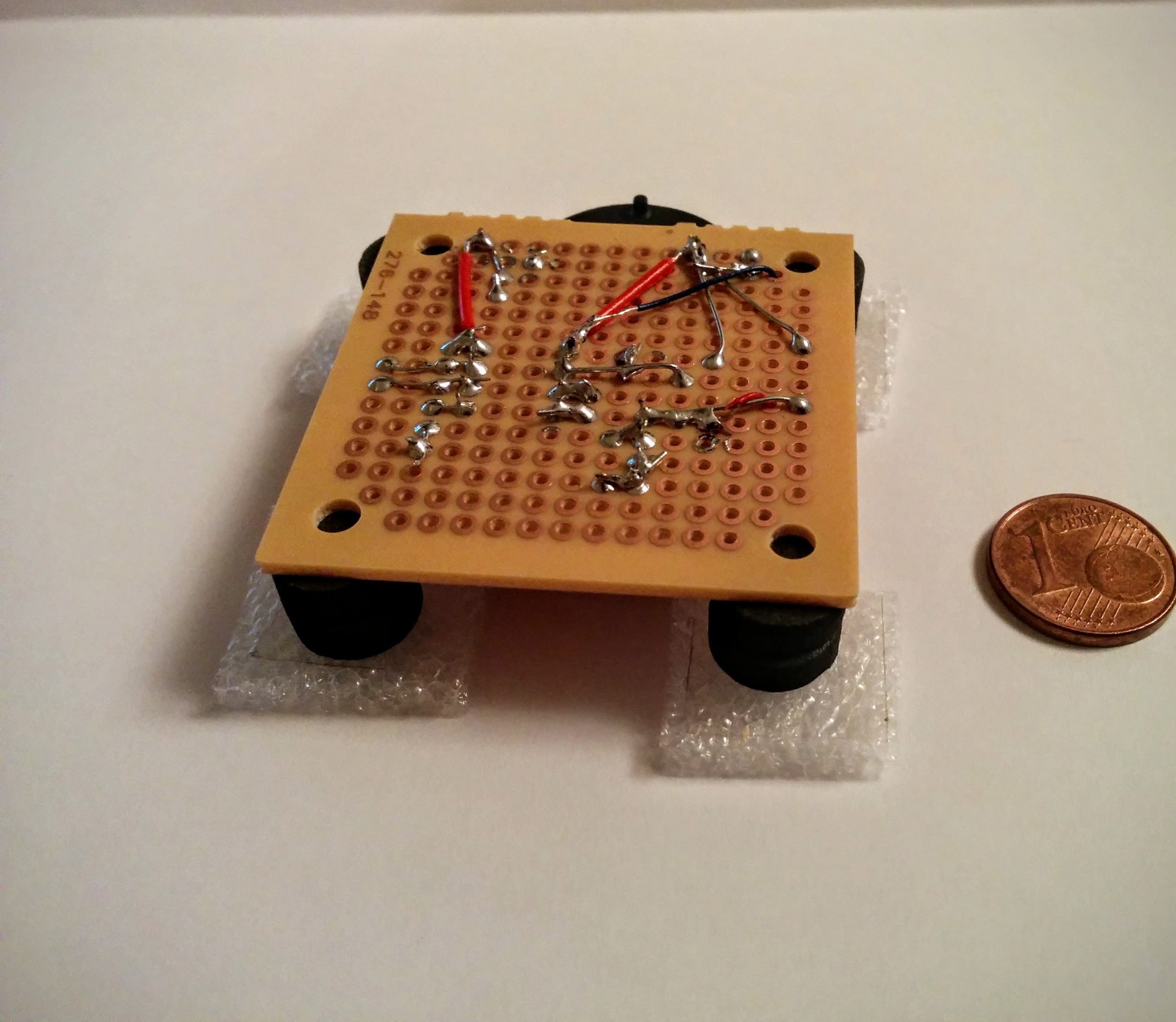 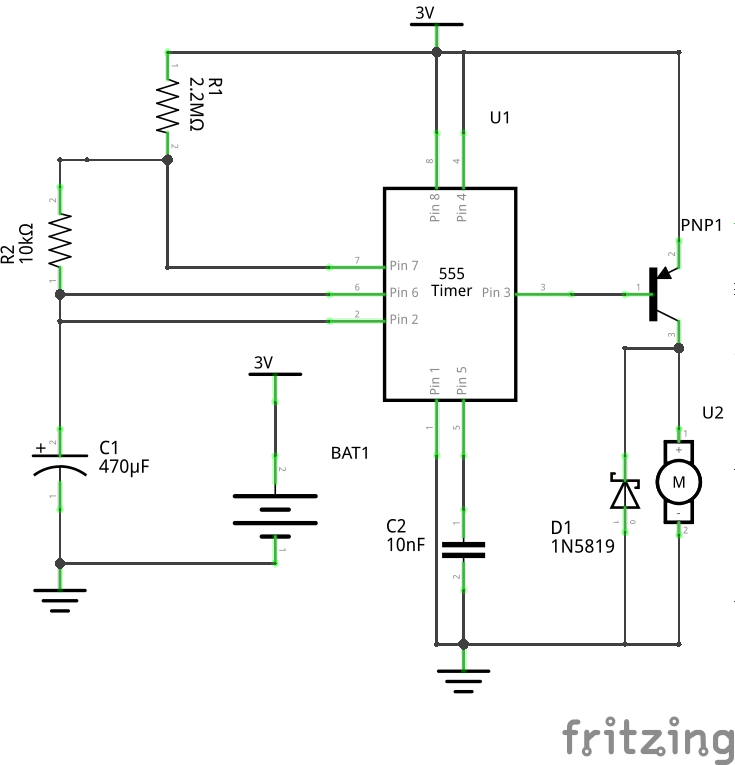