Knowing that my girlfriend likes brainy games and it being a while since I last built something, I decided to make her a custom puzzle: a 7x7cm mystery box that, when solved, reveals a secret message. 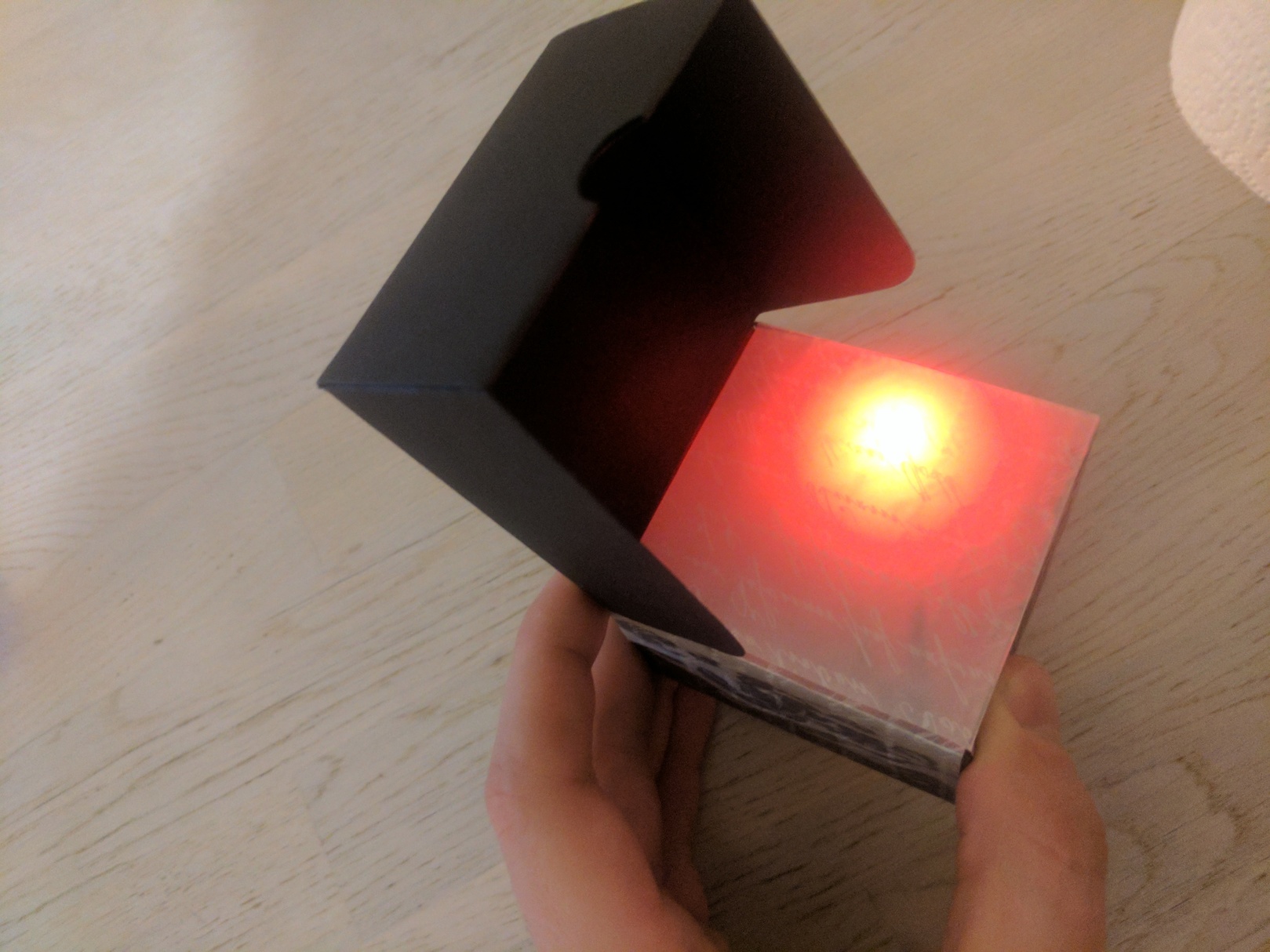 The project is a cardboard box that is sealed from the top with semi-transparent paper: light can get out of it, but it is not possible to see inside. The box is plain and there is no visible way to operate it.

The multi-layer puzzle was designed as such:

The build was straightforward and took only a couple of hours. First, I arranged all the components on a breadboard and connected the SparkFun Pocket AVR Programmer to the IC, which enabled me to write and test code for it. 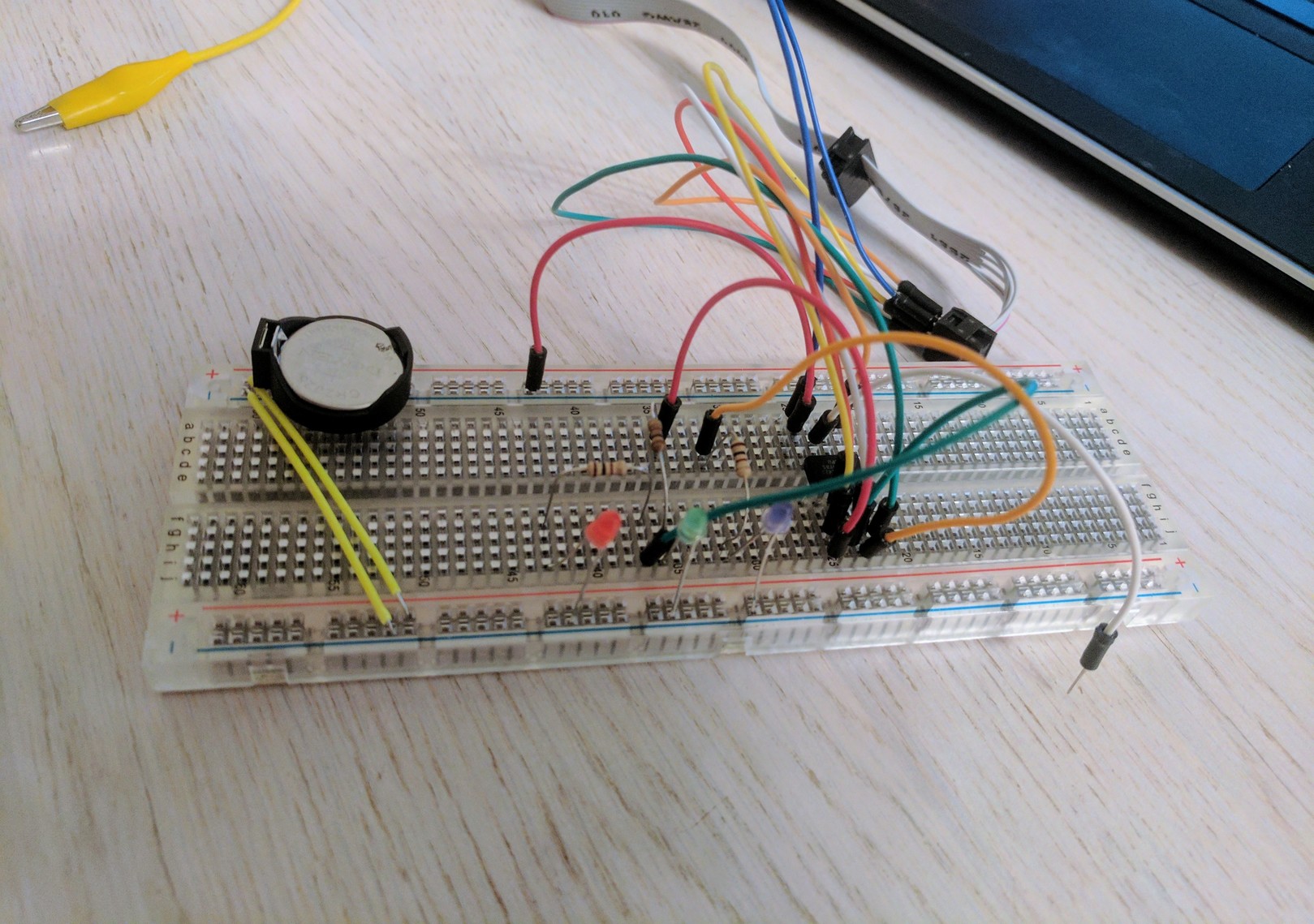 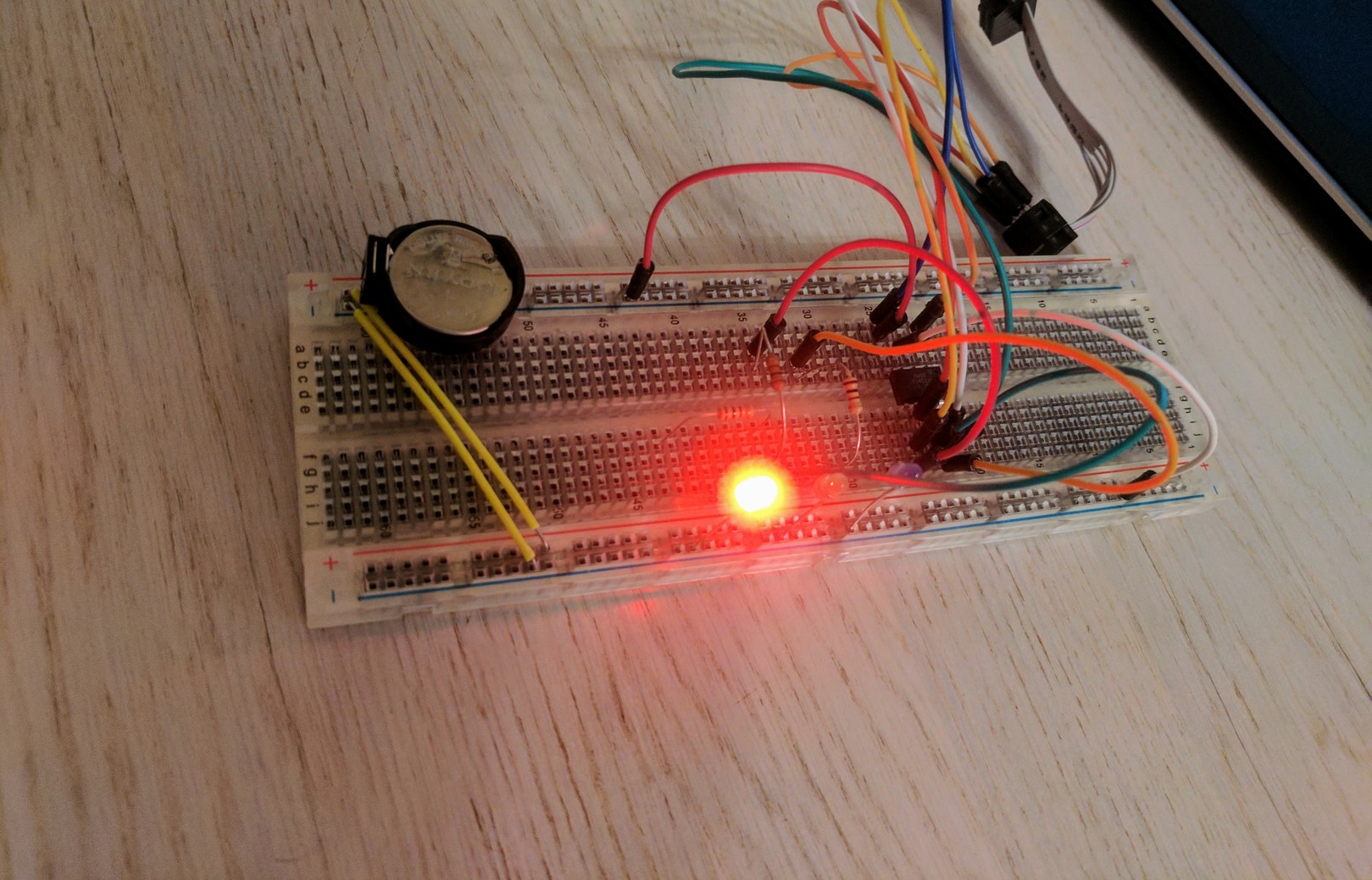 With the code complete and the project working on the breadboard, I transferred everything to a PCB, programmed the chip one final time and connected it to the independent, battery-powered unit. 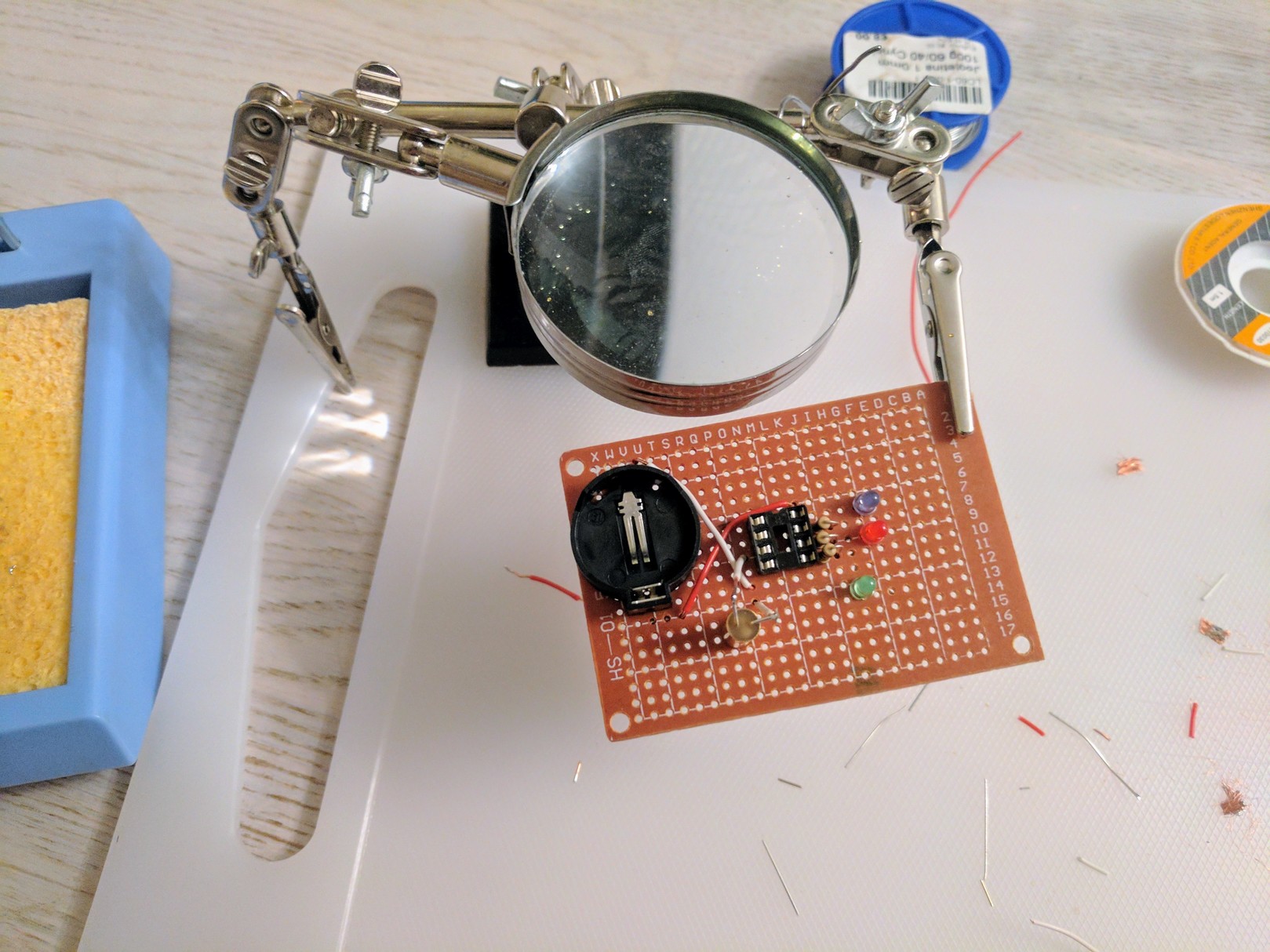 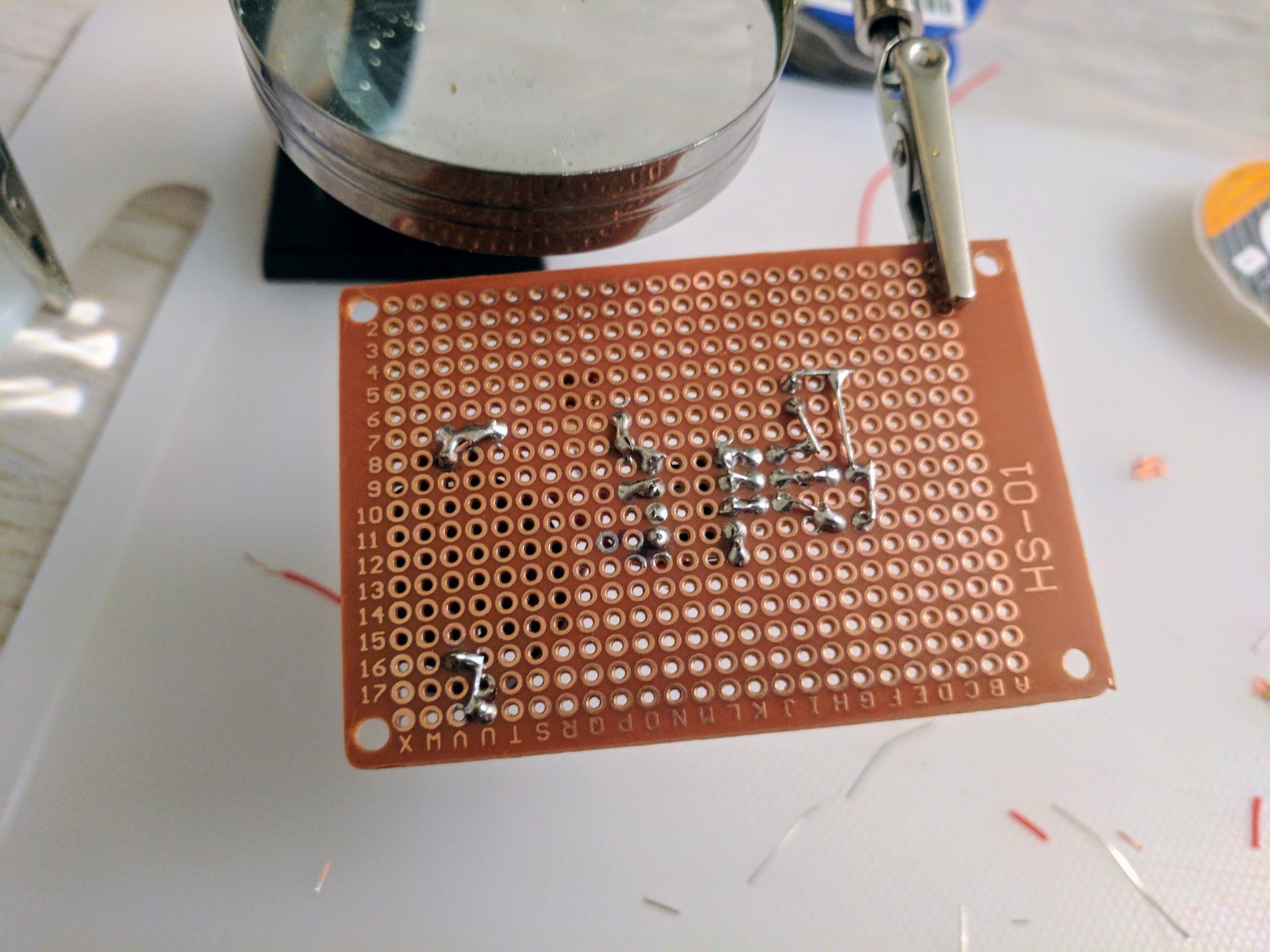 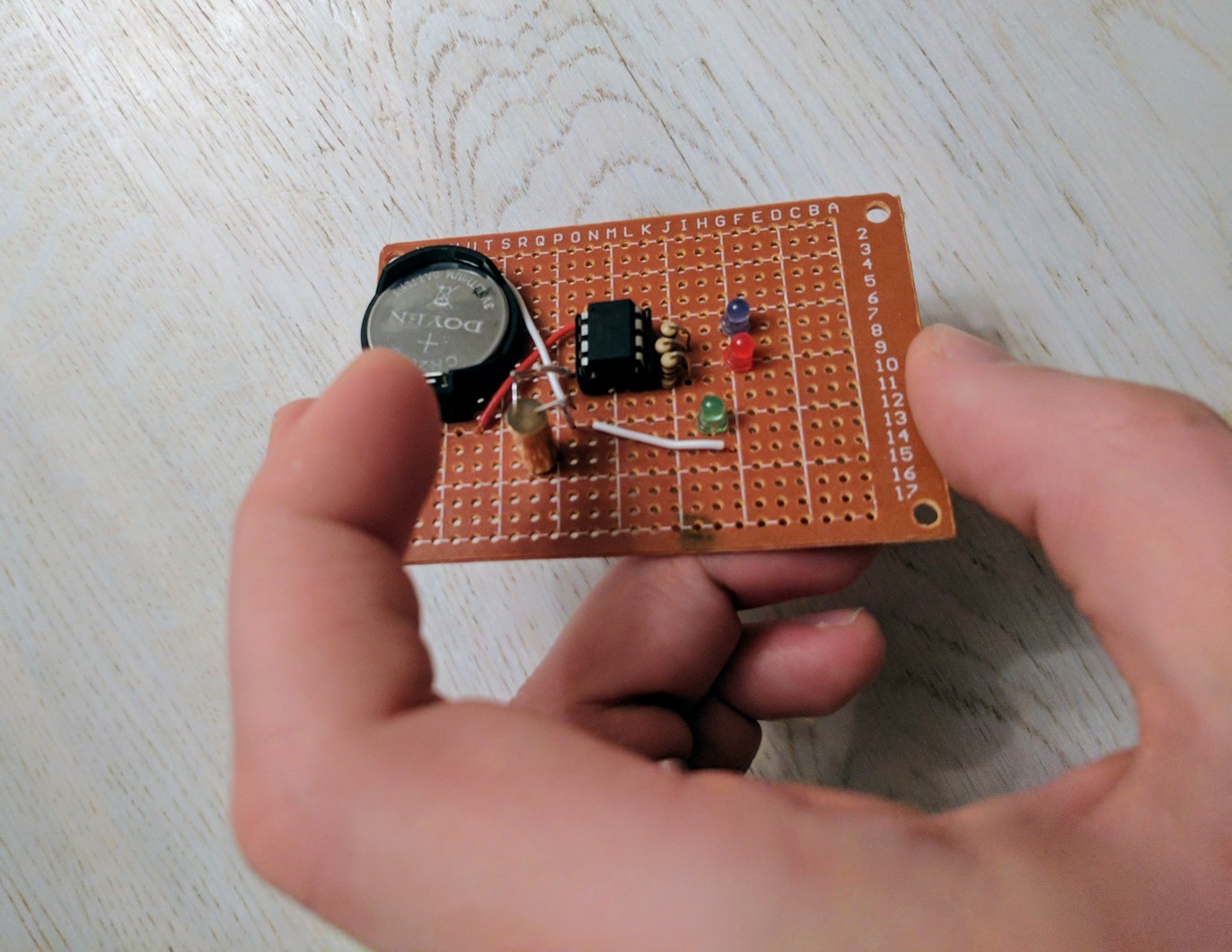 I mounted the PCB into the box with glue and covered it all with semi-transparent paper: the box was complete. 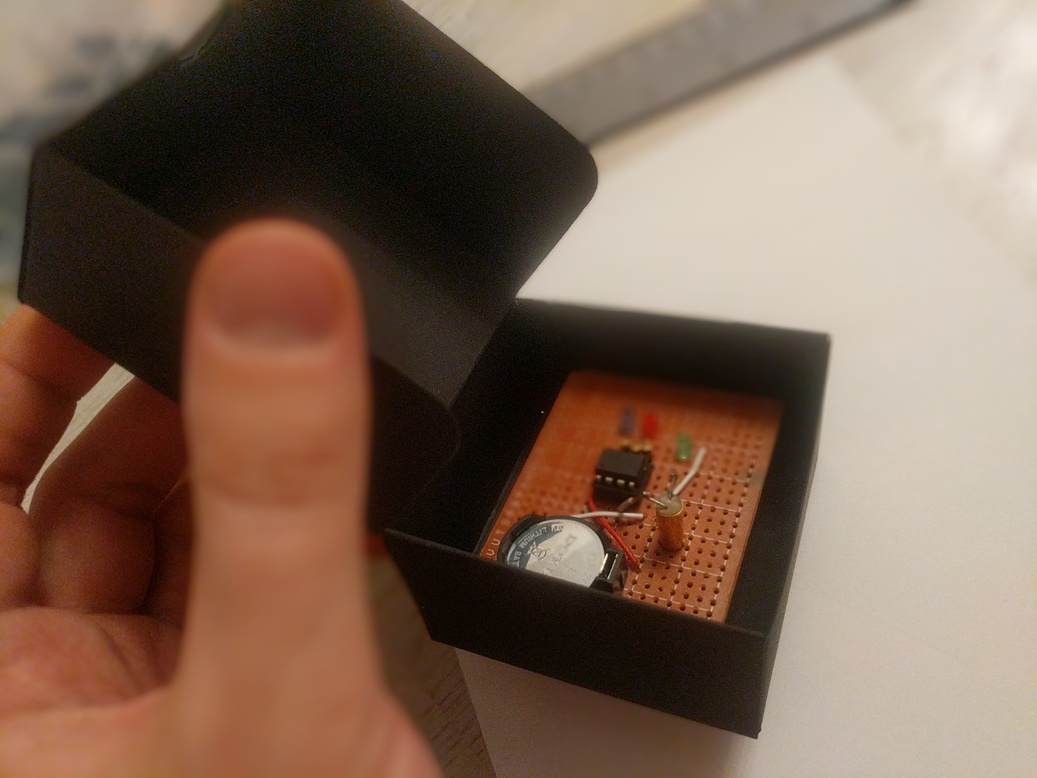 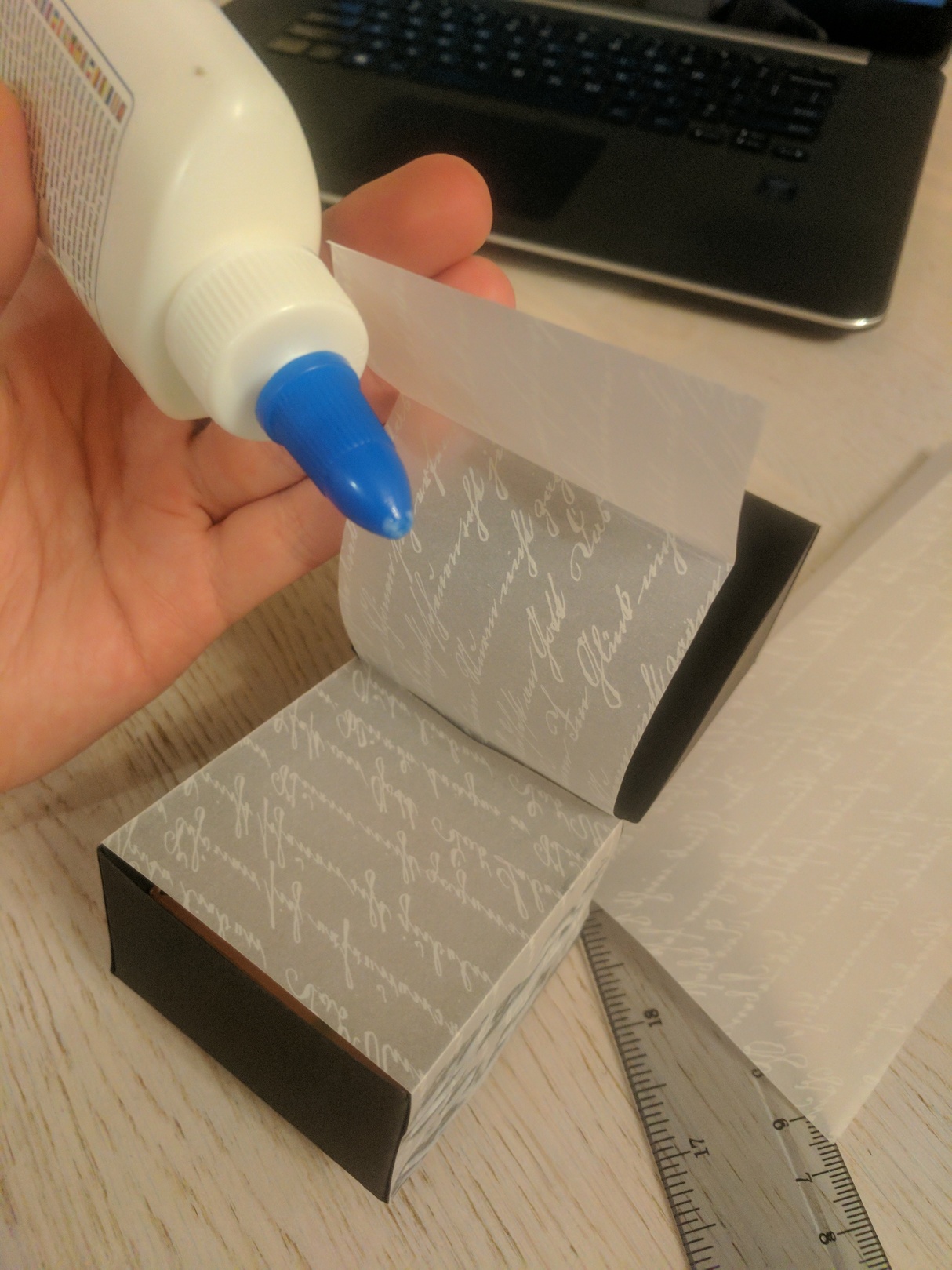 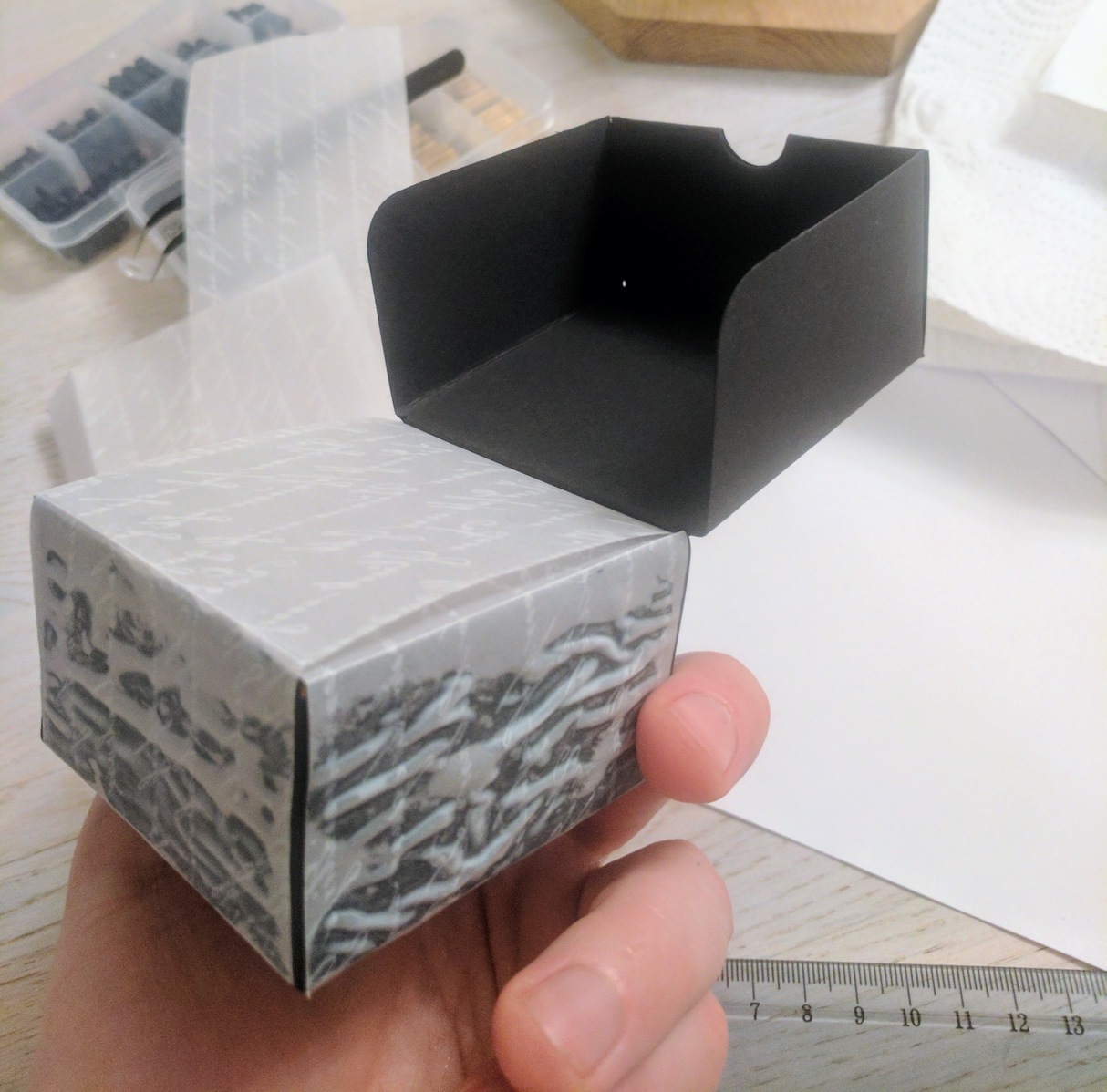 She was exited and puzzled by the box and with some pointed clues, did manage to crack it up to Pig Latin, at which point frustration set in. Looking back, I realize that the design of the puzzle was too complex and unfair: I’m a developer; binary, ASCII and Pig Latin are obvious for me; however it is unfair to expect the same from others. 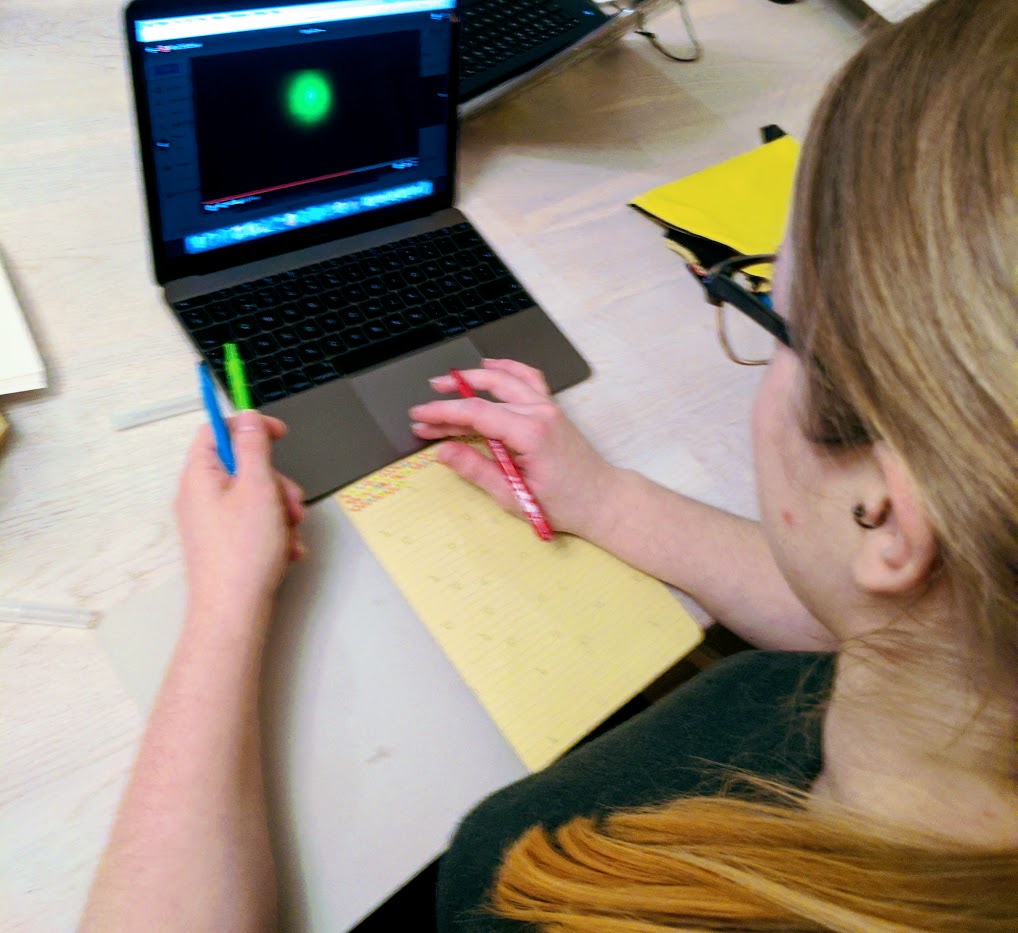 All in all, it was a fun project to make, but not super fair to solve.

Project schematics and code are available from GitHub. 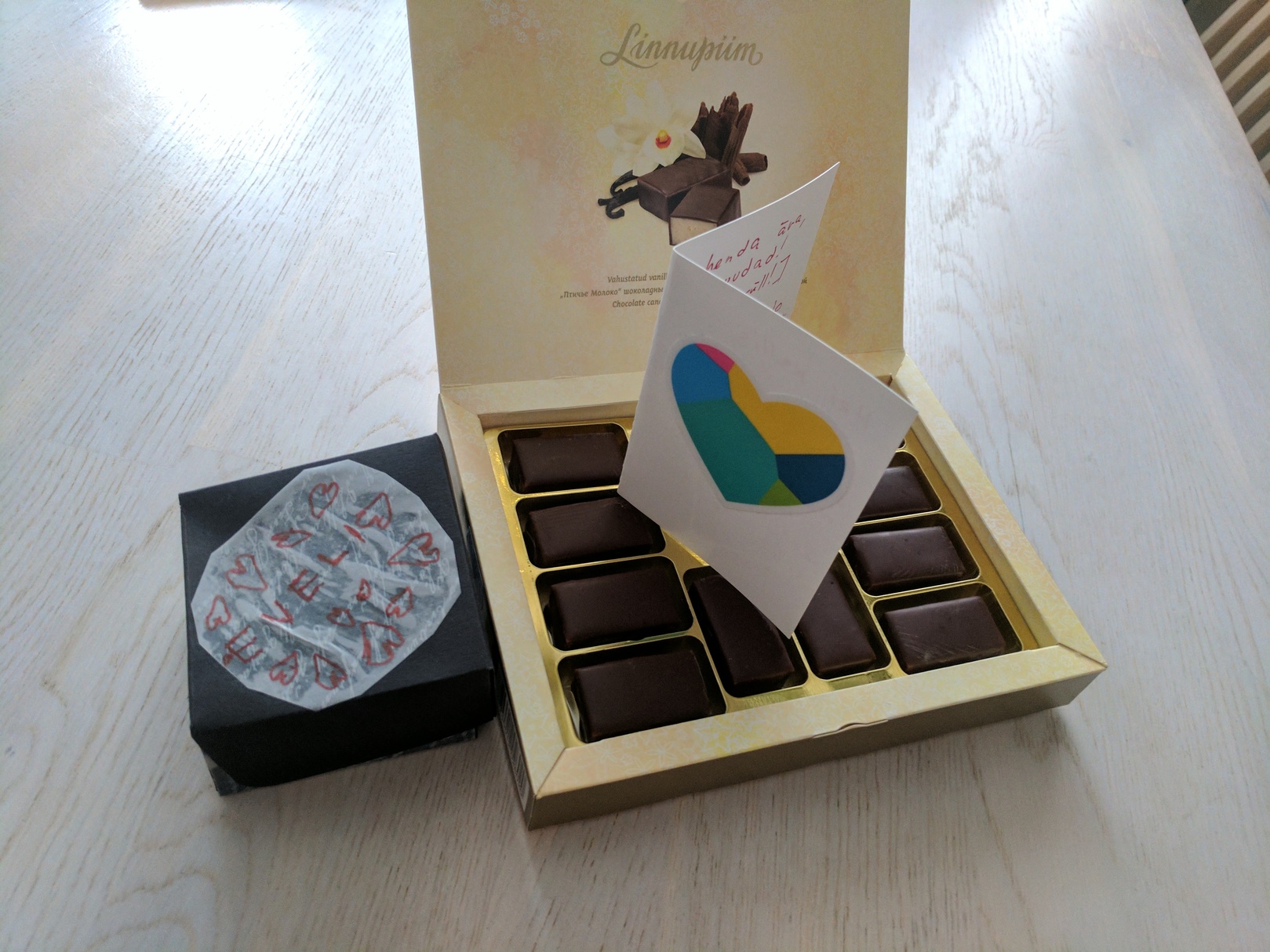