A box of Raspberry Pi-s arrived to my workplace near the end of December 2012. They were small and cute and I was hooked. 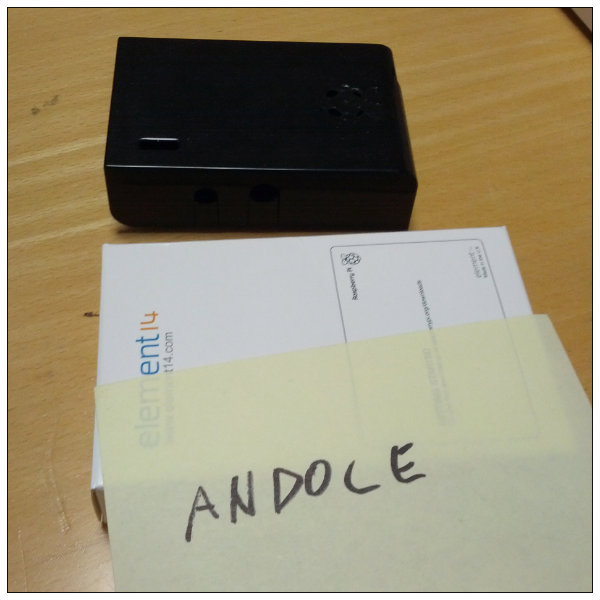 An order for a personal instance of the Pi was sent shortly after, along with a wishlist of basic electronic play-things from Adafruit Industries. Total cost - around 100€ (shipping + components + Pi). I had never handled hardware before and my knowledge of physics sucks, but the Pi and Adafruit ready-to-use components and tutorials have brought the entry-barrier really low. I though I could manage. 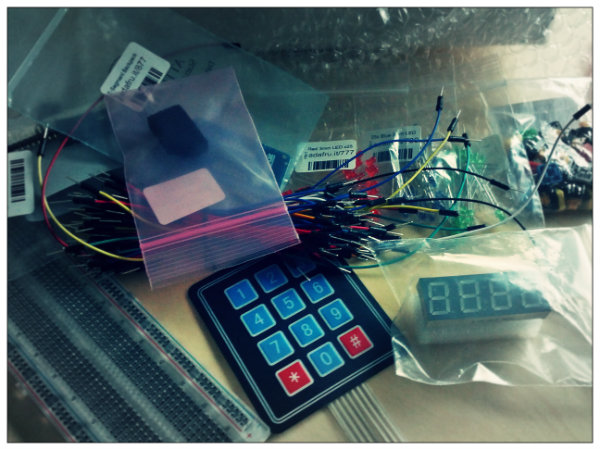 The Adafruit Pi Cobbler Breakout Kit needed soldiering - and I didn’t have the tools nor the knowledge. The robotics club of The Estonian Information Technology College was willing to help. My buddy Mikk taught me soldiering and under two hours I had an assembled cobbler (and a 7-digit LCD display backback) - yay! 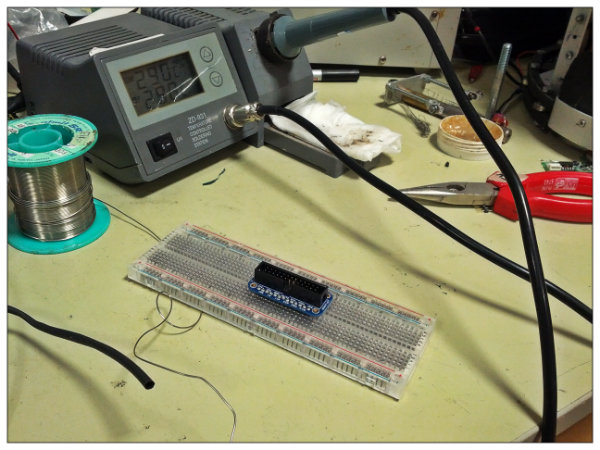 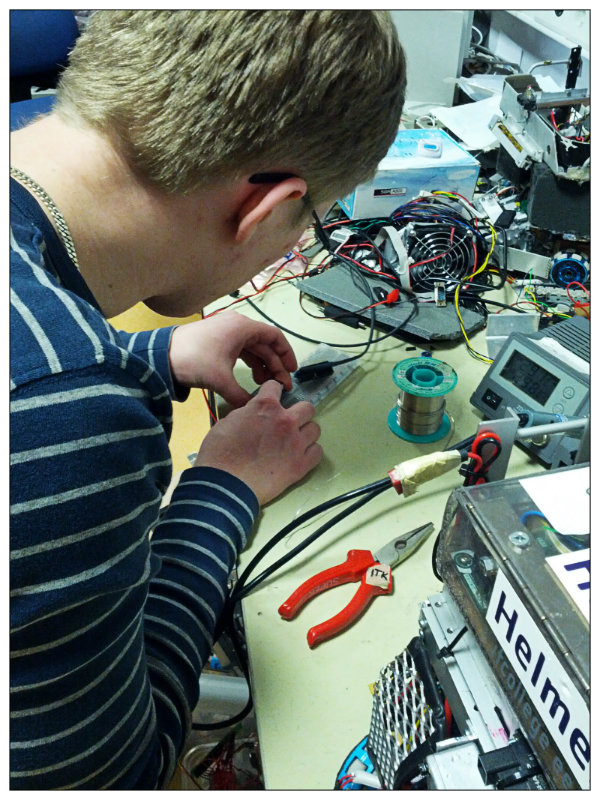 Switching LED-s on and off

The nicest thing about the Raspberry Pi is that it’s just Linux. You can run Python and nano and cat /etc/crontab on it. The GPIO and its library make programmatic control easy.

My first Pi project was to light LED-s from Python. I followed Adafruit tutorial: “Raspberry Pi E-mail Notifier Using LEDs”, but changed the script to just blink red/green LED-s. The script is run via cron once every ten minutes and the LED-s blink on and off. 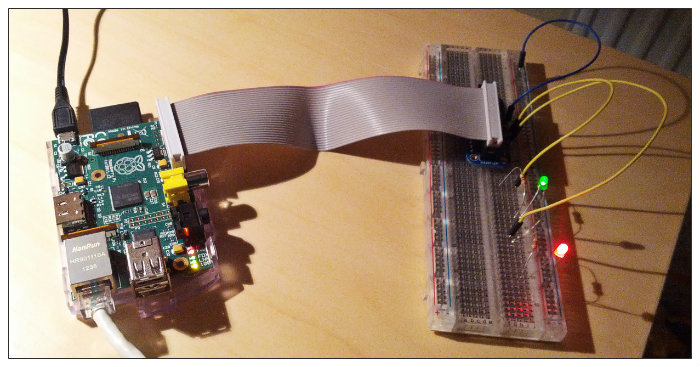 Next tutorial: Matrix and 7-Segment LED Backpack with the Raspberry Pi taught how to connect a the wonderful 4-digit, 7-segment display to the Raspberry Pi. Some tinkering with the software, quick connection via the breadboard cables and voila - we have a working clock demo. 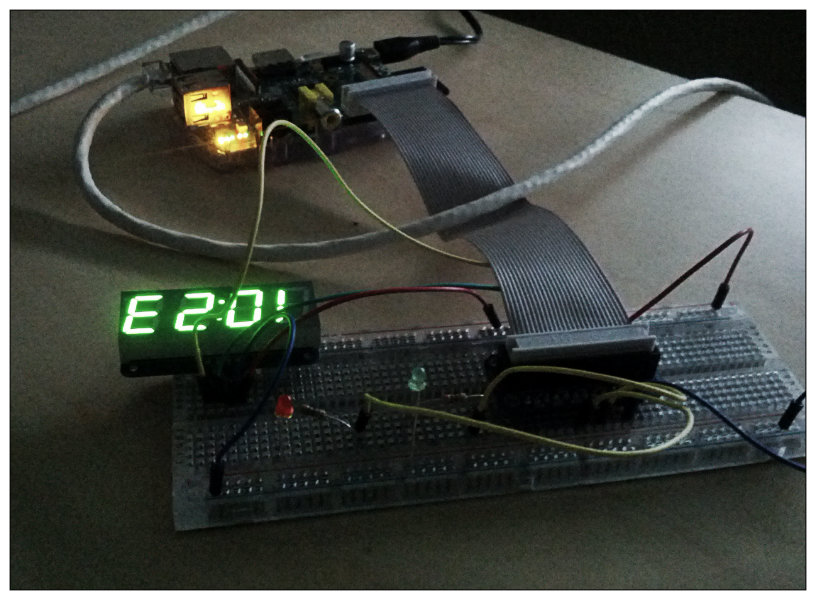 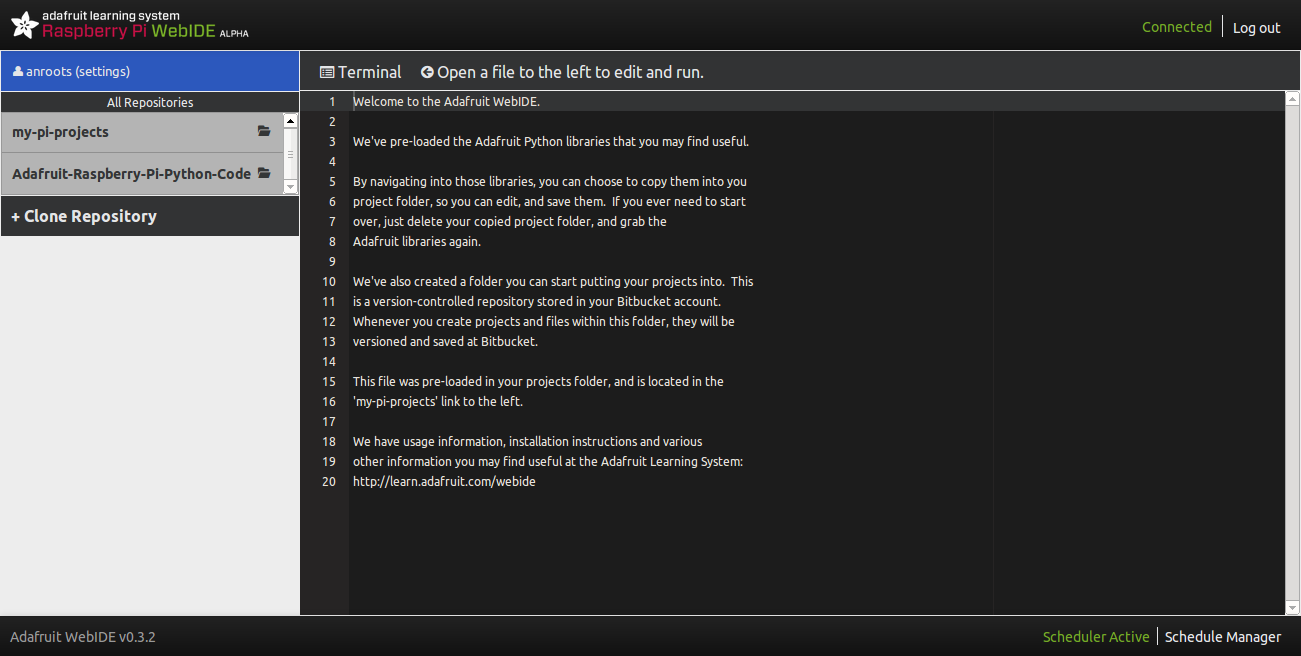 The guys at Adafruit have a web-based IDE for the Pi. Haven’t tried it out yet, but this should make prototyping even easier.

The Raspberry Pi is a wonderful tool for learning. I managed to build my first simple project in three hours, having never done any robotics or hardware programming before. As for the future: I’d like to make something to help with my day-job. Something involving LED-s, buttons, 7-digit displays and Git/Jenkins servers. Read more about it soon-ish.