An oppurtunity to learn Ruby on Rails. Use a Twitter library to fetch tweets with the hashtag #nowplaying.

Present the user with an interface with exactly one button: Play

I actually coded this during the day and got some insight into Rails. The coding part was actually quite easy, taking into account that I'd never met Ruby before, but the real obstacle was deployment.

Heroku is awesome, really, but the beginner - I - failed miserably with dependencies (twitter and youtube gems). Long story short, 2 hours of messing with git, Gemfile and bundle and I gave up. The app works, but only in localhost. Maybe I'll get help later. 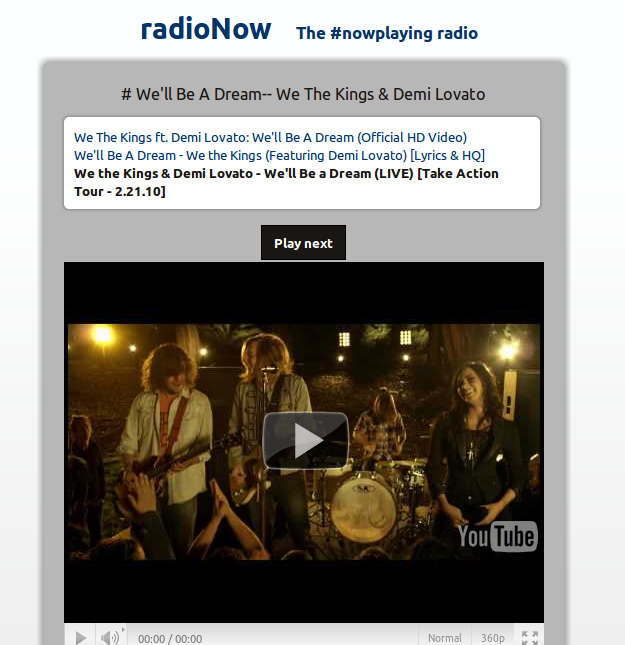